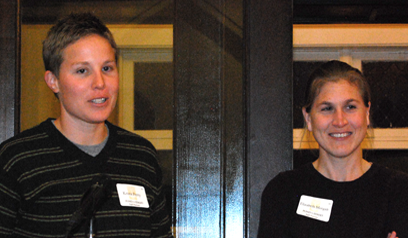 The Fund for Idaho provided a grant to the Idaho Safe Schools Coalition (ISSC) in 2011. This grant has been integral in allowing ISSC to continue pursuing our mission to help Idaho schools become safer places where every family can belong, where every educator can teach, and where every child can learn, regardless of sexual orientation or gender identity. Without the Fund for Idaho’s grant, we would not have been able to complete a variety of programs that further our mission and goals.

For example, because of this funding, ISSC was able to sponsor two youth and two adults to attend the 24th National Conference on LGBT Equality: Creating Change, which took place in January, 2012 in Baltimore, Maryland.

This experience was rewarding to the participants in a number of ways, including fostering connections with individuals outside of Idaho engaged in similar advocacy work as well as providing resources through training workshops that can be implemented in local programs and presentations.

In particular, one of the adult attendees has made use of her training at Creating Change to help establish a new LGBT youth center in Pocatello. In April, ISSC also held its fourth annual Youth Leadership Workshop aimed at student leaders from GSAs, diversity clubs, and human rights clubs state wide. The workshop allowed students to network with each other and provided training on sexual health, career issues related to sexual orientation and gender identity, and conceptualizations of sex, gender, gender identity and sexual orientation.

ISSC also recently co-sponsored (along with the Idaho Department of Education) of the Human Rights Campaign’s Welcoming Schools workshop, which offers a comprehensive approach to creating welcoming schools through addressing issues of family diversity, avoiding and eliminating gender role stereotyping, and ending bullying. This event took place on May 10th in Boise and consisted of a day-long training for elementary educators.

We also look forward to making use of the funding to send youth to the 2012 Community Strategic Training Initiative in Portland in July, an annual three-day training and networking event for community-based leaders, staff, and volunteers of groups organizing for justice in the West. Thanks to Fund for Idaho, and its key supporters like you, for helping to make Idaho safer for our LGBTQ youth and families!

The Idaho Safe Schools Coalition’s mission is to help Idaho schools become safe places where every family can belong, where every educator can teach, and where every child can learn, regardless of sexual orientation or gender identity.