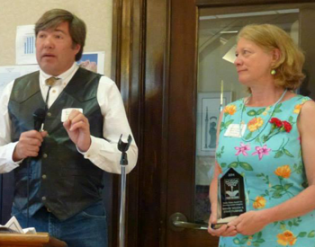 As a major player in foothills conservation work, Steve served as the founding president of the Southwest Idaho Mountain Biking Association before getting involved with the Boise Foothills open space campaign. The $10 million in open space funds wisely purchased more than 10,000 acres of private land for open space presentation–lands today worth $37.5 million. Wendy became the founding director of Idaho Rivers United after the successful 1990 campaign that saved the North Fork of the Payette from being diverted for hydropower. In 1999, Wendy left Idaho Rivers and traveled the West with her two children soon working with River Network helping river and watershed protection groups across the U.S. get organized, trained and become self-sufficient.