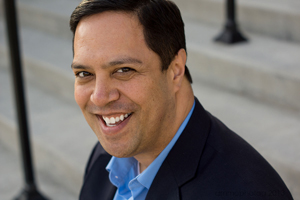 John McCrostie has a long history of political activism and he was just elected to Idaho’s House of Representatives!

Whether through his work to support the LGBT community or to improve education in Idaho, he has shown long term commitment to the causes he cares about.

John’s work for diversity includes serving as a Diversity Champion and a Safe Space member at Hewlett-Packard; as a member of the NEA’s GLBT Caucus; and in his current capacity as the Concordia Law School student representative to the Diversity Section of the Idaho State Bar. He has also led in LGBT groups for community support, workplace advocacy, and local theater.

A long-time member of local, state and national education associations, John gained his educational and union leadership chops as a 3-year executive board member of the Boise Education Association, a 4-year state delegate to the Idaho Education Association’s Delegate Assembly, a 3-year national representative to the NEA’s Representative Assembly, and a 12-year member of the IEA and NEA. The NEA recently honored John as a 2013 Top Political Activist.

His political experience and education activism led him to work on various campaigns. In the Vote No on Props 1, 2, and 3 campaign, he was the top signature gatherer in Ada County with over 2,000 signatures collected. He also organized signature gathering, phone bank shifts, and house parties. He spoke at state legislative education hearings and attended rallies. For the Recall Tom Luna campaign, he served as an Executive Committee member, the Social Media chairman and gathered over 1,000 signatures. He volunteered for the Vote Yes for Boise Schools campaign where he organized and participated in events, in phone banks and GOTV.

And to keep from getting bored and improve his skills, John is currently studying law at Boise’s Concordia University School of Law and anticipates graduating with his law degree in 2016.

We look forward to seeing what he will do next!