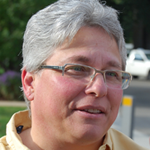 For Jody May Chang, President, social justice and speaking truth to power are not only core values, but part of her DNA. In 1976 at the age of sixteen May-Chang came out of the closet that began a journey of self-awareness and social justice activism that is still with her today.

Quickly faced with the harsh reality that the fight for equality would be a long and uphill battle, Jody took to the streets in 1977, protesting anti-gay activist Anita Bryant’s “Save Our Children” crusade and witch-hunt against gay teachers in Dade County, Florida. Shortly thereafter, closer to home, the anti-gay 1978 Briggs Initiative targeted California teachers and was defeated by overwhelming opposition.

Just weeks later, the LGBT community suffered a tragic loss when Harvey Milk, America’s first openly gay elected official, was assassinated in San Francisco. Living just a few hundred miles away at the time in Santa Barbara, these events profoundly shaped Jody’s politics and her activism. Ever since, Jody has worked with a number of LGBT and human rights organizations in a varied capacities as volunteer organizer, staff or board member focusing on LGBTQI issues and advocacy.

For the last several years, Jody has been working an independent journalist with a winning record of accomplishment for fair and accurate investigative reporting. Her bold reporting and social activism have established Jody as a community leader and spokesperson on LGBTQ and human rights issues.

As a regular contributor to the Boise Weekly on the LGBT beat, Jody has been published in the Southern Poverty Law Center magazine the Intelligence Report, Fairness & Accuracy in Reporting’s magazine Extra!, Religion Dispatches and the Windy City Times. 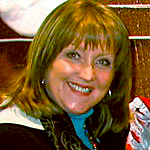 Lucy Artis, Vice President, began working with Fund for Idaho in 2010. She is a fourth generation member of the Boise community and brings with her a broad knowledge of the history and people of our city.

Lucy began volunteering for various causes at an early age, and has been involved in fundraising for many political campaigns. Her Boise community activities include chairing a variety of committees for the Junior League of Boise, the Boise Gem Kiwanis, Idaho Easter Seals, the Ada County Democratic Women’s Caucus, the Morrison Center Endowment Fund, and PTA president at the elementary school level.

Lucy is interested in maintaining the progressive ideals of the city and state that she loves so much and has been part of for so long. Human rights and equality for all are values she seeks to maintain through the good work of the Fund for Idaho. 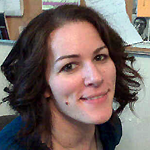 Taryn Magrini, Secretary, was born in Columbia, South Carolina. She moved to Idaho Falls with her family in 1989 where she attended junior high and high school. She attended Idaho State Unviersity in Pocatello and earned her Bachelors degree in Social Work. After a brief stint as a psychosocial rehabilitation specialist, she moved to Northern Virginia where received her Masters of Social Work at George Mason University. Her program focused on community organizing and social policy and Taryn soon developed a passion for organizing, advocacy, and public policy.

Taryn moved to Boise in 2006 to work at Idaho Community Action Network as a health care organizer and later moved on to be the Public Policy Director of the Idaho Women’s Network. She continued to work for nonprofits and is now the Executive Director of the Idaho Chapter of the National Hemophilia Foundation.

Taryn’s passion continues to be social justice organizing and advocacy. She has facilitated trainings on Reproductive Justice and worked on anti-discrimination campaigns in Idaho. Taryn joined the board of Fund for Idaho as an opportunity to engage her community in positive change. She believes that the true power of the world lies in collective action and education. In her spare time, Taryn can be found watching scary movies or curled up with a good book. 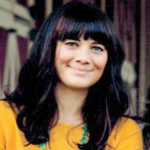 Erin Guerricabeitia, Treasurer, was born in Indiana, but quickly relocated to Mountain Home, Idaho. After a short period in Mountain Home, her family moved to Boise. She attended Boise State University, where she received her Bachelors degree in Political Science with an emphasis on American Government in 2002. After graduation, Erin tried her hand in the political arena working on a campaign, but quickly discovered that the non-profit field was where her passions lay.

Erin has worked for several organizations in the Treasure Valley to promote health and equality for community members throughout the Treasure Valley. Over the past 10 years, Erin has provided thousands of books to low income youth to encourage early reading and build home libraries. She worked to find a cure for Multiple Sclerosis, and fought for women’s rights and access to health care at Planned Parenthood of the Great Northwest. Currently, Erin is the Executive Director at Boise Urban Garden School, an organization that teaches adults and youth organic gardening skills that will lead to healthier lifestyles, access to nutritious foods, and awareness on environmental responsibility and the promotion of our local food systems and economy.

Erin is passionate about volunteer work and empowering women and children to reach their full potential. Erin joined the Fund For Idaho board in January of 2012. Erin has an extensive background in fundraising and development and is excited to use these skills to help fund the many vital programs that Fund For Idaho supports. 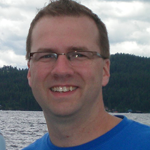 Tim Walsh, Director Tim was born in Brooklyn, New York and his family moved to Idaho when he was only eight years old. Tim graduated from Meridian High School and will be graduating from Boise State University in May 2013 with his Bachelors in Social Work. This summer, Tim will continue at Boise State for his Masters in Social Work.

Tim became active in politics as early as high school, starting out on the conservative side before eventually “coming home” and volunteering for progressive causes. In 1994, Tim managed a phone bank for the Idaho Republican Party where he worked until 1996 when he briefly worked for Senator Larry Craig’s re-election campaign. Tim was the field director for Congresswoman Helen Chenoweth’s 1996 re-election campaign and a national delegate to the 1996 Republican National Convention.

Since leaving Republican politics, Tim has had a complete about face and is strongly committed to helping elect progressive candidates and supporting social justice causes. Tim has since volunteered for various legislative candidates, walked precincts and was most recently a state delegate to the 2012 Idaho State Democrat Convention in Boise where he served on the platform committee.

Tim enjoys volunteering for various non-profit organizations including Friends in Action, Camp River Run and just recently participated in the Polar Bear Plunge for the Make-a-Wish Foundation of Idaho, (Brrr!). Tim lives in Boise with his partner of ten years (and fiance) Joe. 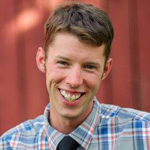 Jonny Carkin, Director was born in southern New Hampshire but moved out west in his early teens. After living in New Mexico and Colorado where he attended high school, he eventually settled in Boise in 2002. He received a BA in Political Science with an emphasis in Public Law and Political Philosophy and a BA in Philosophy in 2009.

It was in his role as a legislative staffer that Jonny’s interest in public policy and the legislative process was sparked. He has a background in voter outreach, volunteer management, fundraising, policy research, communication and event planning. Jonny currently works as a Field Organizer for Planned Parenthood Votes Northwest where he works to protect reproductive rights, improve access to healthcare and expand equality in the Gem State.

He is a firm believer in community involvement and civic engagement, especially at the local and state levels. Jonny currently resides in Boise’s north end with his partner Micaela and son Felix. He is an avid skier and loves Idaho’s outdoors. 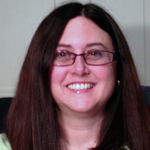 Kimberly Steinberg, Director, worked in the nonprofit arena for 20 years, first as a front lines staff person, and then as an Executive Director. She is deeply committed to disability and human rights. She has also served on several councils and non-profit boards, including the State Independent Living Council, where she was the Chair for two years.

She has been an Organization Development Consultant since 2000. She has ten years experience facilitating groups, particularly collaborations and coalitions with diverse membership. Since joining Common Ground Conciliation in 2010, Kim has shifted her focus to conflict resolution with individuals and groups and is an Idaho Certified Professional Mediator. She volunteers at Small Claims Court and is a member of the Idaho Mediation Association.

Kim obtained her undergraduate degree from Boise State University in Communication and holds a Masters Degree in Organization Management and Development from Fielding Graduate University. 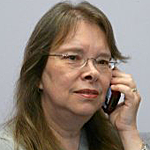 Gail Heylmun, Executive Director, began her work with Fund for Idaho in July 2006. She brings a broad knowledge of nonprofit organizations and expertise in organizational startup to the Fund for Idaho. Gail is working to expand our donor base and maximize our impact in Idaho by creating a solid foundation of support for the groups we assist.

Gail’s previous experience includes serving as initial staff person and Executive Director of The Sounding Board, which provided community based mediation to Boise, and the Colorado Association of Nonprofit Organizations (CANPO), which provides a broad range of services and benefits to its member organizations in Colorado. For 10 years, Gail ran her own consulting firm that provided fundraising and technology assistance to nonprofits in Boise and the Northwest. As a trained mediator, for many years Gail expressed her long-standing interest in conflict resolution by serving on the board of Common Ground Conciliation Services, a nonprofit organization providing mediation, facilitation, and conciliation education services to groups in the Treasure Valley.

Gail and her husband, Gary Sandusky, have three adult sons. (How did that happen?) They share their home with two dogs and two horses on their 1½ acre property in Boise’s north end. When they have the opportunity, they also enjoy playing music together.