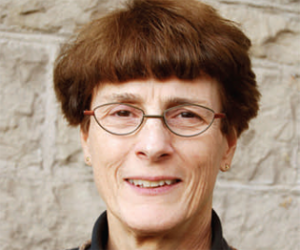 You could say I’m a “wannabe” Idahoan. I lived in Boise in the 1980s. As I drove around the state, I fell in love with the place.

At that time I became aware of social justice and equality issues in Idaho, and I saw isolation and cultural racism, but I wasn’t actively doing anything about it politically.

Then I moved to Latin America in the 1990s. As a member of the Sisters of the Holy Cross, I was involved in labor organizing in Brazil. I worked with displaced farmers who were promised jobs and ended up in urban slums and with women who washed clothes for other people. They were marginalized and unaware of their rights to form unions and sign up for social security. As we did skits to reach illiterate people at outreach meetings, I got a lot more politicized.

After returning to the United States and leaving the order, my partner, Kathryn Whitney Stephens, and I lived in Fresno, Calif., where she worked with AIDS patients and started the Whitney Foundation. We wanted to come back to Idaho and eventually built a vacation home here, where we spent as much time as we could until she passed away in 2005.

We met with Fund for Idaho directors in 2003, not long after the Fund began. We found that we shared the same vision of philanthropy: Grants would not fund direct services, but rather would support only those programs that develop selfdetermination and self-reliance.

Fund for Idaho fulfills a mission that other Idaho public foundations don’t: providing support to organizations working for transformative change. To think that something like this could even start in Idaho is amazing!