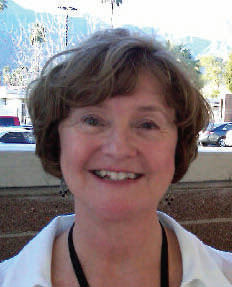 Ever since The Flicks opened in 1984, Carole Skinner has not only promoted thoughtful and thought provoking movies in Boise, but she has also used the theater as a forum to encourage dialogue and discussion for often difficult and sensitive subjects.

Carole has often taken difficult public positions of advocacy. In Idaho, the ACLU is often considered unpatriotic, yet once a month the Flicks hosts their Civil Rights Film Series in order to promote the discussion of liberty, civil rights, and the founding values of our country and our community.

The Agency for New Americans has been successfully relocating refugees from threatening situations to resettle in Idaho; often the immigrants are fleeing for their lives. Carol recognizes the importance of fostering awareness and appreciation of these refugees as they join our community, so for ten years she has been hosting an International Women’s Day at The Flicks to educate the new neighbors of our new Americans.

Carole fostered a discussion on censorship in the media when the Dixie Chicks were banned by local radio stations for speaking out against President Bush’s policies. The discussion was long overdue and gave listeners a chance to express their anger at the censoring of American’s free speech.

The LGBTQ community has honored the Flicks with the Elm Award four times, recognizing the theater as a “most supportive non-gay business” for its continuing honest presentation of LGBTQ families and relationships, and the challenges faced by those outside the mainstream.

In 1997, The Flicks received the Mayor’s Award for Excellence in the Arts. This September provided an opportunity for WSIMBA (Southwest Idaho Mountain Bike Association) to raise money and awareness through a special showing of Ride the Divide. September also gave school children the opportunity to visit The Flicks with their class for the Idaho Children’s Film Festival, which presented interesting and thought provoking films for discussion with classmates after the showings.

All that Carole does, she does because it is the right thing to do. She does not do it for recognition, she does it because she believes the world is a better place when people understand that being different is something to be celebrated, not condemned and feared.

Some of the groups Carole has recently supported through the Flicks include: